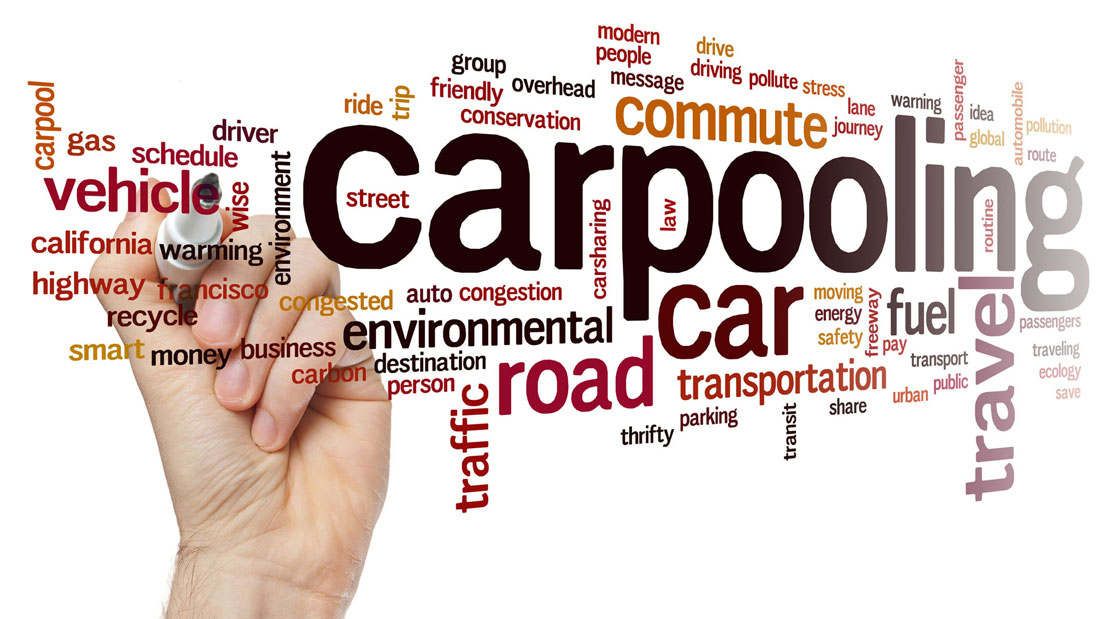 Carpooling (also car-sharing, ride-sharing, lift-sharing and covoiturage), is the sharing of car journeys so that more than one person travels in a car.

By having more people using one vehicle, carpooling reduces each person’s travel costs such as fuel costs, tolls, and the stress of driving. Carpooling is also a more environmentally friendly and sustainable way to travel as sharing journeys reduces carbon emissions, traffic congestion on the roads, and the need for parking spaces. Authorities often encourage carpooling, especially during periods of high pollution or high fuel prices.

In 2009, carpooling represented 43.5% of all trips in the United States and 10% of commute trips. The majority of carpool commutes (over 60%) are “fam-pools” with family members.

Carpool commuting is more popular for people who work in places with more jobs nearby, and who live in places with higher residential densities. Carpooling is significantly correlated with transport operating costs, including gas prices and commute length, and with measures of social capital, such as time spent with others, time spent eating and drinking, and being unmarried. However, carpooling is significantly less likely among people who spend more time at work, older workers, and homeowners. See More

Sorry, the comment form is closed at this time.